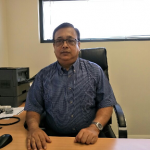 Dr Anisur Rahman completed his MBBS from Bangladesh in 1983. He worked in Iran and Brunei. He has been working as a GP in Australia since 2008. He can speak English, Bangla, Urdu/Hindi, Persian/Dari and Bahasa.

Contact us now to make an appointment with our helpful staff. 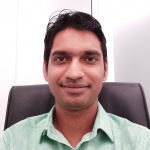 He has been working as a general practitioner since 2008. He also obtained his Fellowship at the Royal College of General Practitioners in Australia in 2013 and moved to Perth in early 2014 and has been working in the locality since, as a Generalist with special interest in Skin Cancer including Skin checks and skin cancer excisions.

He enjoys teaching and has supervised medical students and is also a GP Trainer for WAGPET (GP registrar training body).

Dr Wah Wah Lin started working in Australia in 2012. After working for 15 months in Victoria, she moved to Perth in 2013.
Dr Wah wah Lin worked as a resident and registrar under South Metropolitan Health Service in Perth for 6 years. She had a special interest in surgery and worked as a registrar in Vascular surgery, Cardiothoracis and General surgery for over 4 years (2015-2018).

She joined the RACGP training in 2019.

When she is not working, she has a keen interest in mindfulness/meditation.